Finding the Right "Words" with Images

In my first meeting with Jesseca she suggested going back over and over again to photograph just a few places.  The photographs I brought to the January residency were from a wide variety of places.  Although the locales were different I was trying to address the same themes of time, transience, and transformation.  She suggested that by returning again and again to the same places I would become more visually intimate, and able to see the subject more deeply and capture their nuances, and therefore visually articulate more clearly.  The three places I immediately thought of are shut up for the winter, so I set that thought aside for Spring and focused on photographing my sculptures.
But I found I just had to step outside of myself, stop peering into worlds I'd constructed, and photograph outside.  I went back to a place I have been photographing periodically for about 12 years. 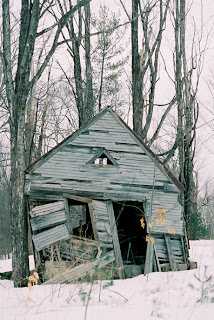 Although with every year this old cabin gets rougher and drastically more dilapidated I always feel like I'm going home to someplace comforting and warm and friendly.  Maybe it's the way that the cabin is still standing only because of the way it leans into a supporting tree.  Maybe because it is turning back into the natural forms it came from.  Maybe it's because my husband and I lived for 7 years in a rustic one room cabin.  Or maybe it's all these things, and many more.  So I took this portrait of the cabin with the idea I will build a little sculpture of it.
Across the street from the cabin is an old abandoned farm house and barn. 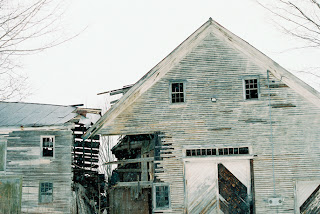 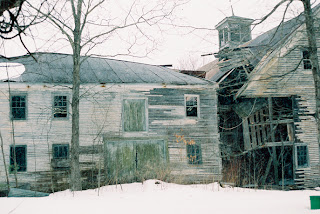 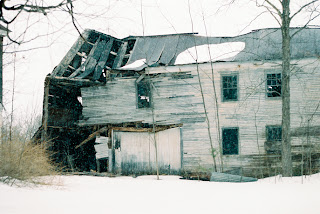 It was all intact when I first discovered the place.  But weather has taken it's toll on the barn, and the roof has started to collapse.  The last heavy snow of this winter has collapsed the roof even more since I took this photograph a couple weeks ago.  I feel like this place is on the verge of transforming dramatically into a new shape or heap of who knows what, so I have been dragging cameras there whenever weather and light have allowed.  One breezy day while I was waiting for my paper negatives in my pinhole cameras to be exposed I listened with both fascination and fear to the groan of the steel roof sheeting as the wind tried to pry it loose.  This just made me feel more desperate to capture this barn's final transformation from function into something else.  A story of the past, a relic, a ruin, or what?  I'm not sure what it really will be, but I'm watching it, and I'm trying to let it tell me its tales.
I am really enjoying the nuances and surprises I get with my black and white paper negative pinhole cameras, but I also love color film.  So I thought I should try pinhole with film.  I got a paper camera kit from eBay for $10, so I figured for that price I had to check it out.  Although the directions say you can build this camera in 2 hours, it took me more like 5 because I had to be so careful in following the convoluted directions.  But here is my film camera: 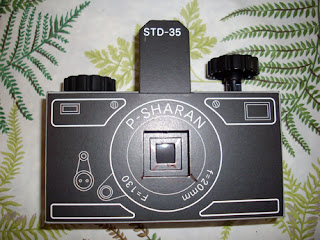 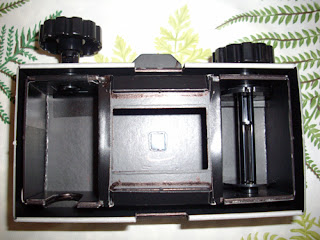 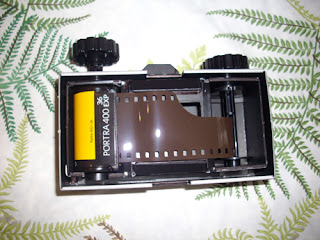 Most of the time I do not take photographs with all three kinds of cameras at the same shoot.  But I am taking photographs of the same places with all three cameras.  So now I am at a place of looking at three different visual "voices", and it's hard for me to say which speaks better for my subjects. 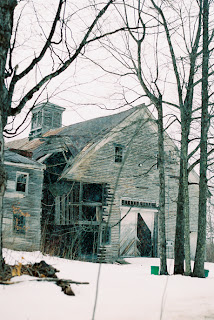 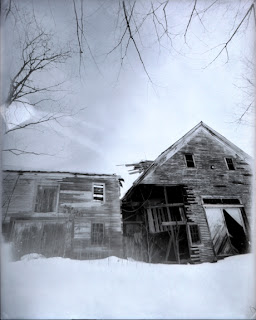 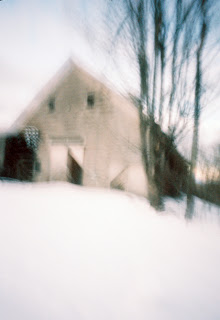 BARN ACROSS THE STREET 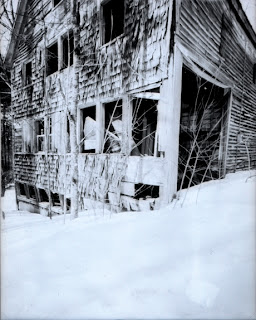 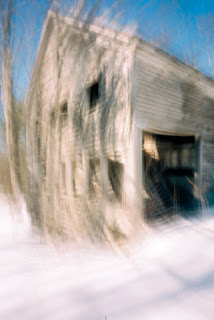 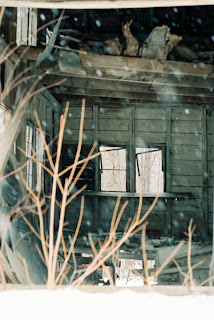 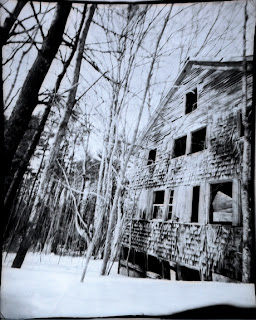 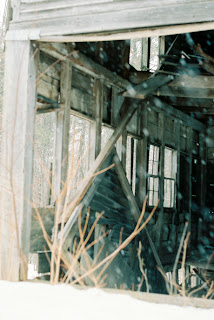 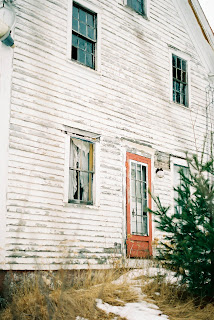 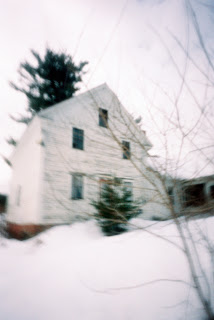 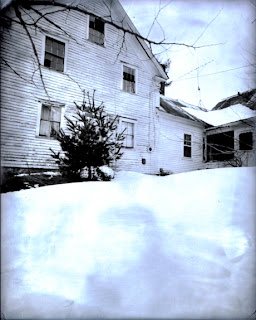 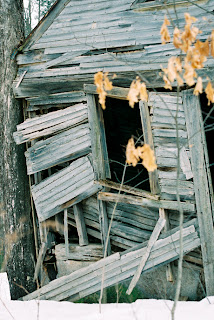 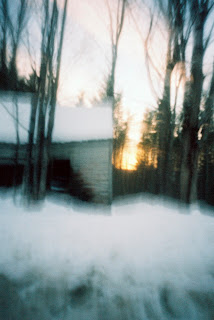 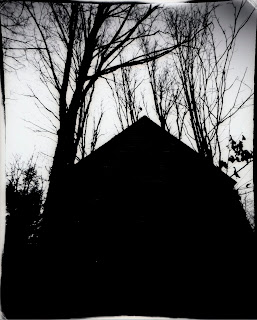 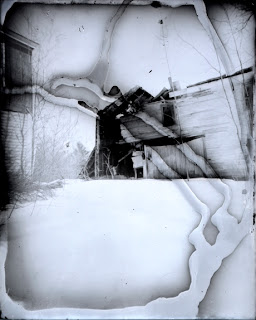