I have built a copper house.  The reason I have built this house is so I may photograph a life-span, if you will.   I built the house out of copper so it may be burned, and yet exist in its new form after the fire.  I will stack birch logs inside the house, like a birch forest growing from within, and this will be the fuel that will burn.  I got the idea from my brother-in-law, who constructs sculptures to burn at the winter solstice, and he likes to use copper because it makes the flames turn different colors.  I constructed a house with walls you can look through.  This will give the fire plenty of air and visibility.  I also tried to give the house surface plenty of texture so that the pinhole camera would photograph it well. 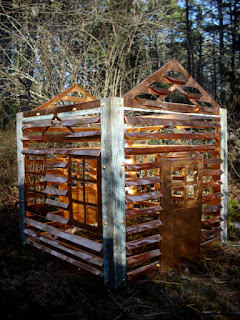 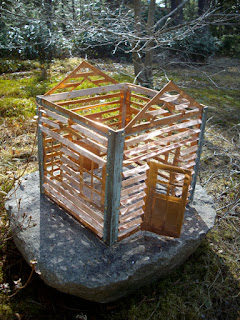 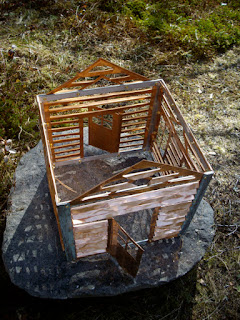 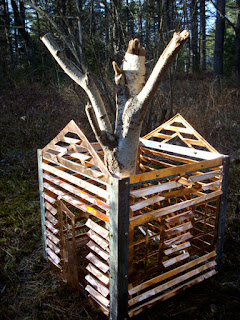 And because I am so late on posting my copper house I also have pinhole camera images to post of it. 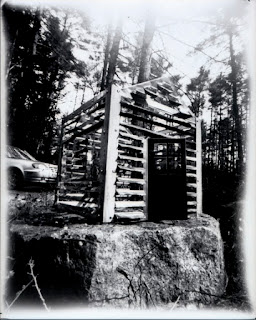 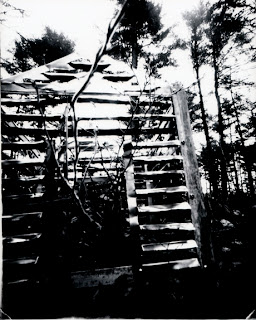 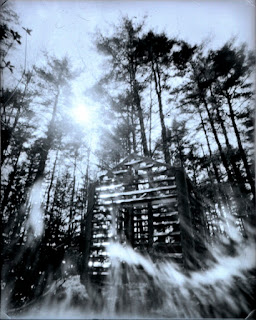 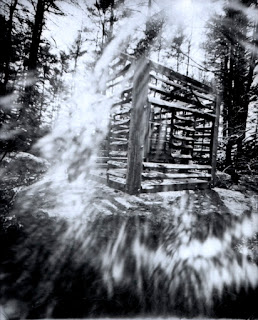 On World-Wide Pinhole Day (April 28th) I made a self-portrait. 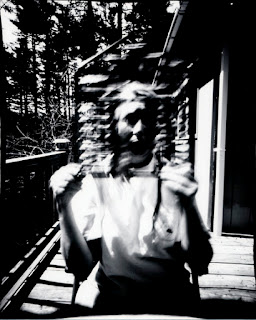 This is an image for a special group-3 project called "Frockumenta".  Our group is supposed to all make a work symbolizing marriage, to celebrate one of our class-mate's upcoming nuptials. 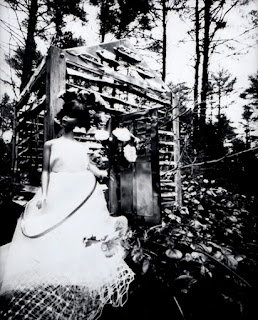