Copper Bound Book Makes a Roof for My Copper House

The cover of this book is copper, but the folios are stitched to the fabric end papers.  The cover & endpapers are glued to a mat board sandwich.  The book has three folios of four color film images each, and sequence the burning of the house.  The house acts as a stand for the open book to be viewed, and the book becomes a protective roof for the house. 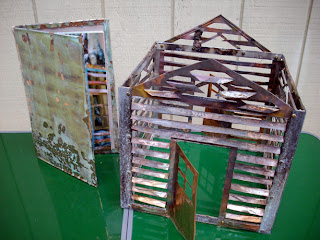 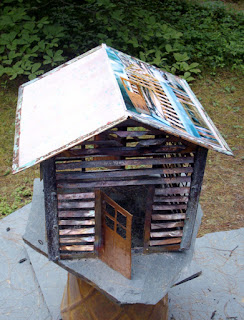 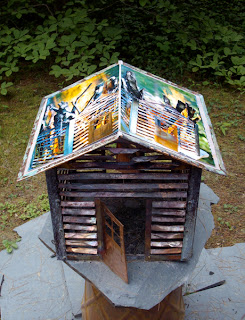 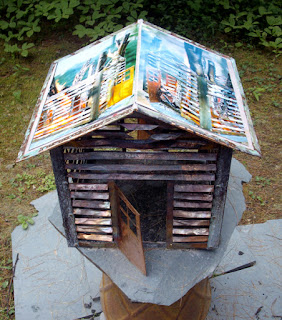 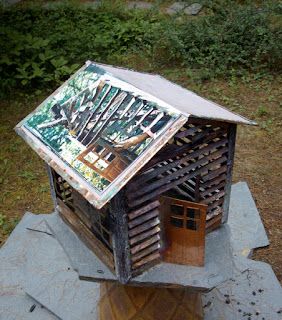 Posted by Unknown at 2:18 PM No comments:

This Cabin sculpture is sided with clapboards covered with the actual dead leaves and dirt that was stuck to them when I salvaged them.  Nothing was rearranged. 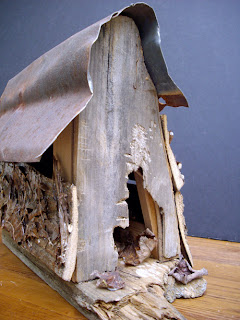 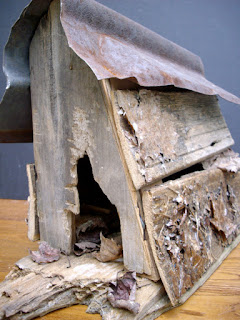 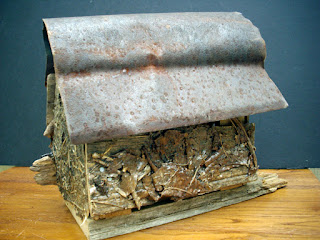 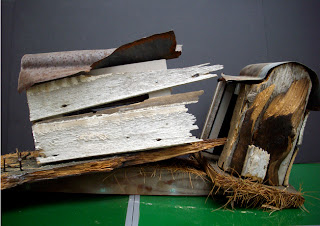 So here is my miniature Deering Farmstead: 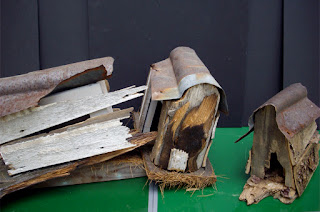 Posted by Unknown at 2:07 PM No comments: 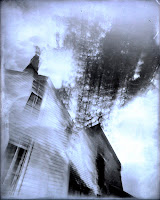 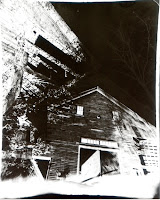